Begin typing your search above and press return to search. Press Esc to cancel.

I’m excited to share our exterior house plans with you.  It has been quite a journey from where we first started.  We currently reside in Rountree and our original inspiration was taken from the many beautiful houses in our neighborhood.  We planned on building on a two-story brick craftsman style home.  But when we started working with our architect, they explained that the way our lot was laid out, it would be more cost efficient to build a one story with a full walk-out basement.  Our lot is pie shaped, with the point facing the entrance, it is on a small hill and then tapers down.

When we saw our first exterior house plan (February 4th drawing), the architect sketched exactly the house we had asked for.  But surprisingly, this was not the style of house I wanted. It was just too traditional of a craftsman.  So we decided to start from scratch.  We started searching for houses online that would give us the look of two-story, a garage wouldn’t be prominent and a house would fit into our lot size.  Brian discovered a house that was a combination of New American, Craftsman and Bungalow.  It was something completely different but yet something we both agreed upon.

The second house plan (February 16th drawing), was a rendering of the house that would fit into our lot and it was definitely a step in the right direction.  Concerned it looked a little too conventional, we asked for the roof line to be straighter.  So, when we received the third house plan (February 26th drawing), I thought this would be the final drawing.  Then when Brian and I rode our bikes to Phelps Grove Park later that week, we saw a house that combined a little more wood and stone together. Brian emailed our architect and he integrated the picture into our fourth house plan (March 14th drawing), which resulted in a different roof line that now covered the entire front porch.

So, you have to be asking by now…yes, we have a very patient architect and builder.  And if you can believe it, shortly after, Brian then found another house on Pinterest that took us even further away from our original house plan.  The picture featured a rustic lodge looking home on Lake Michigan.  So after sending this new picture to our architect, he then made several more changes.

We received our final, yes our final plan (the first and second picture) on April 14th.  Our house will now be a combination of wood, brick and stone.  I’ve always loved the lodge look and would have never thought we would ever build a house like this.  But since we are close to Lake Springfield, I feel like our house plan will fit nicely into this area.

To keep the project moving forward, last week we picked out all of our windows, sliding glass doors and our fire-place insert.  We are currently waiting for the hard bids for construction and our builder hopes to start the beginning of May.  Let the fun begin!!

My earlier post, Our House Plans, only contained our final interior house plans.  I have now added all of the “old” floor plans so you can see how everything has evolved. 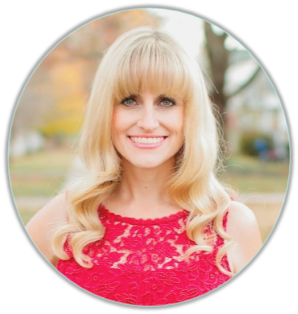 Hi, I'm Cortney! I'm a newlywed who is a chocolate addict and a lover of sparkles and all things pretty & organized. I developed a Pinterest passion while looking for beautiful inspirations for my wedding. Decoration and design delights me. Finding creativity within myself has been new and exciting. I hope that my posts can add a little sparkle in your life.